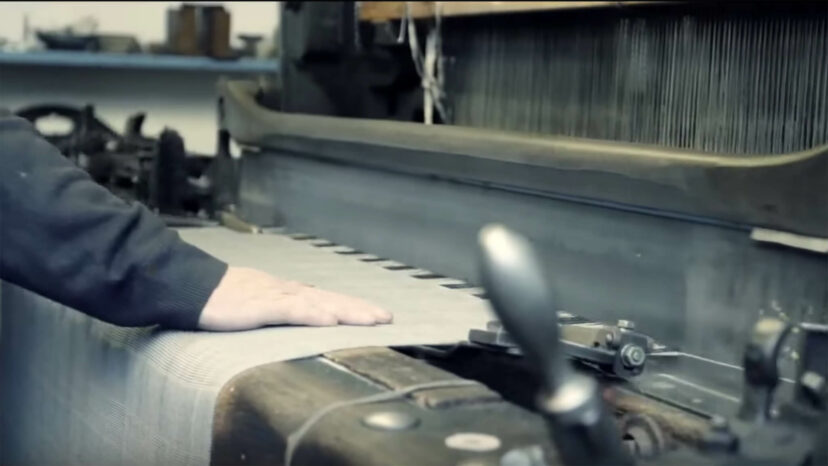 Style Guide – The Cloths of Huddersfield

We recently commissioned a film that focuses on the high quality British cloths of Huddersfield. This month’s style guide serves as an introduction to the film, using stills taken from it, to illustrate a brief history of the town’s textile industry and the remarkable cloths it is famed for producing.

Huddersfield is a town located in West Yorkshire, where the rivers Colne and Holme converge. It didn’t take long for the early inhabitants of the area to realise that the water from these rivers produced outstanding results when used for the washing of raw wool. Having access to this famously soft Penine water led to the birth of the region’s world famous textile industry and is the reason it remains the envy of woollen producers around the world today.

Initially a cottage industry, the industrial revolution of the 19th century changed everything, with large-scale mill production taking over. Manufacturers demanded the highest level of expertise from their workers, and so Huddersfield quickly became synonymous with fine woollen and worsted cloths. ‘Made in Huddersfield, England’ became a highly respected and globally revered trademark.

The period between the late 19th and early 20th century was a boom time for textiles in the area but by the mid 20th century, business was in decline and many of the mills were closed or reinvented for new uses. Those that remain in the town that gave the world luxury cloth, run highly specialised operations, continuing the original traditions of textile manufacture in a very competitive and demanding global marketplace.

In recent years there has been a marked increase in the demand for quality British made cloths, particularly the cloths of Huddersfield, in new and more sophisticated markets. With the industry employing highly skilled designers, weavers, and finishers, these cloths are now more sought after than ever before with couturiers, design houses, garment makers and the finest tailors worldwide. Which is where we come in.

At Cad & The Dandy, being able to offer our customers the finest in contemporary British cloths is something we are incredibly proud of. The cloths of Huddersfield are still woven in the local mills, using skills and expertise passed down through many generations.

The legendary quality of these woven cloths gives them a strength and durability which allows our tailors to manipulate, shape and stitch them into the finest bespoke tailored garments without damaging the fabric or compromising the drape. From companies that include JJ Minnis, William Halstead, Yorkshire Textiles and Dugdale Bros, we have a wide choice of designs and weights available to suit all seasons and budgets.