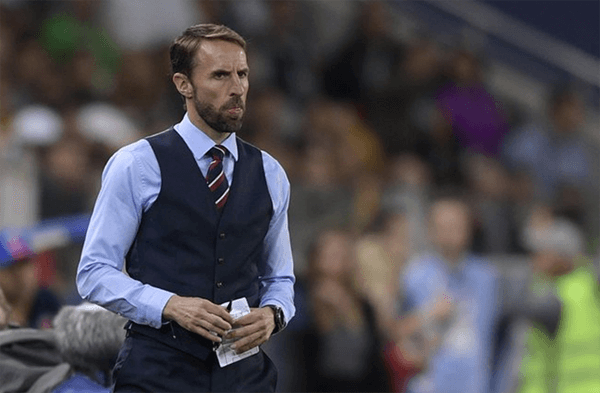 On the back of Gareth Southgate (literally) and his current World Cup success, England has gone mad for the waistcoat – specifically, the navy blue M&S waistcoat he has worn at every England world cup game so far.

As official suit supplier to the England team, M&S are reported to have sold out of all but the extreme end of their sizing chart for this most humble of garments.

Taking the nation by storm, it seems every man wants a piece of that Gareth magic – his steely nerve, his calm under pressure, his big hearted gestures, but mainly that waistcoat.

So, what to do? Has all hope of finding such a sartorial good luck charm, one that seems to hold the hopes of football’s home nation on its sleeveless shoulders, been lost? 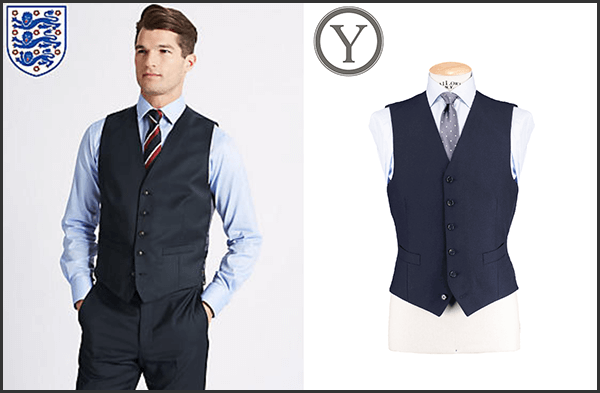 It’s with some relief, and a sense of national duty, that we can say Yardsmen holds the key. Their classic single breasted, navy blue waistcoat can be purchased, or hired, from Waterloo and Cornhill……but only while stocks last.

On what has officially become #WaistcoatWednesday, wear it with pride. And even if football doesn’t find its way home, a smart looking waistcoat might lead you down an alternate road, to a world of fine tailoring and sartorial success.