Fun in the Sun: On the Enduring Appeal of Solaro

Not all fabrics begin their lives as sunscreen alternatives, but Solaro is not your average fabric. This warm-weather favourite was created around the turn of the 20th century by Louis Westenra Sambon, an English-Italian physician in the employ of the Liverpool School of Tropical Medicine. Tasked with creating uniforms that would protect British colonial troops from harmful UV rays in tropical climes, Sambon envisioned a fabric that could do the job by way of sheer iridescence. 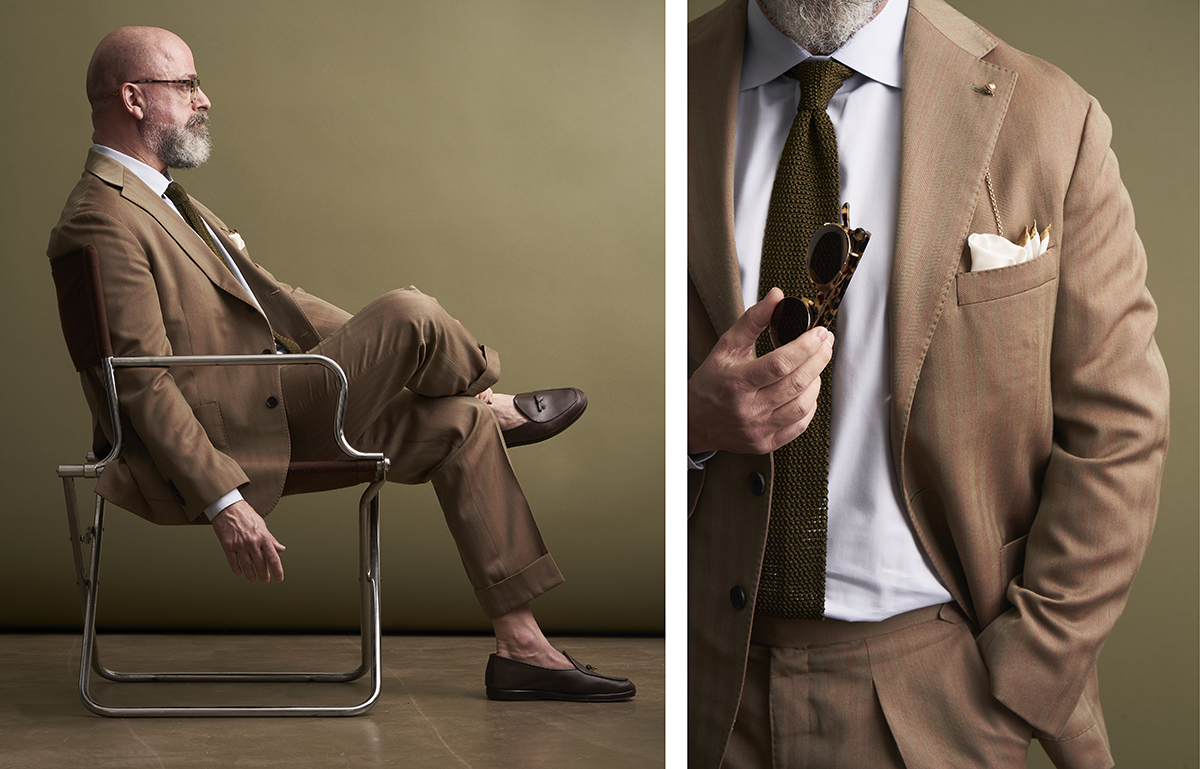 As it turns out, Sambon’s theories on UV deflection were wrong, but the fabric he created proved a sartorial success. You can chalk that up to Solaro’s stunning iridescence, which is a product of its unique weave: the fine-worsted twill wool is khaki-coloured on its front-facing side, but brick red on the reverse. The result appears to be a very subtle khaki herringbone when seen from a distance, but if viewed up close it reveals its red tones in shimmering strokes that change with the light.

To shine some light (pun intended) on how an unsuccessful military science experiment became a cult favourite suiting fabric, we consulted with one of the folks who should know best. Mark Dunsford serves as the managing director of English textile maker Harrisons, which itself owns Smith Woollens, the century-old label that holds the exclusive trademark on Solaro. In other words, if it’s a real Solaro fabric — like the option we provide at Cad & The Dandy — it came from Smith Woollens. 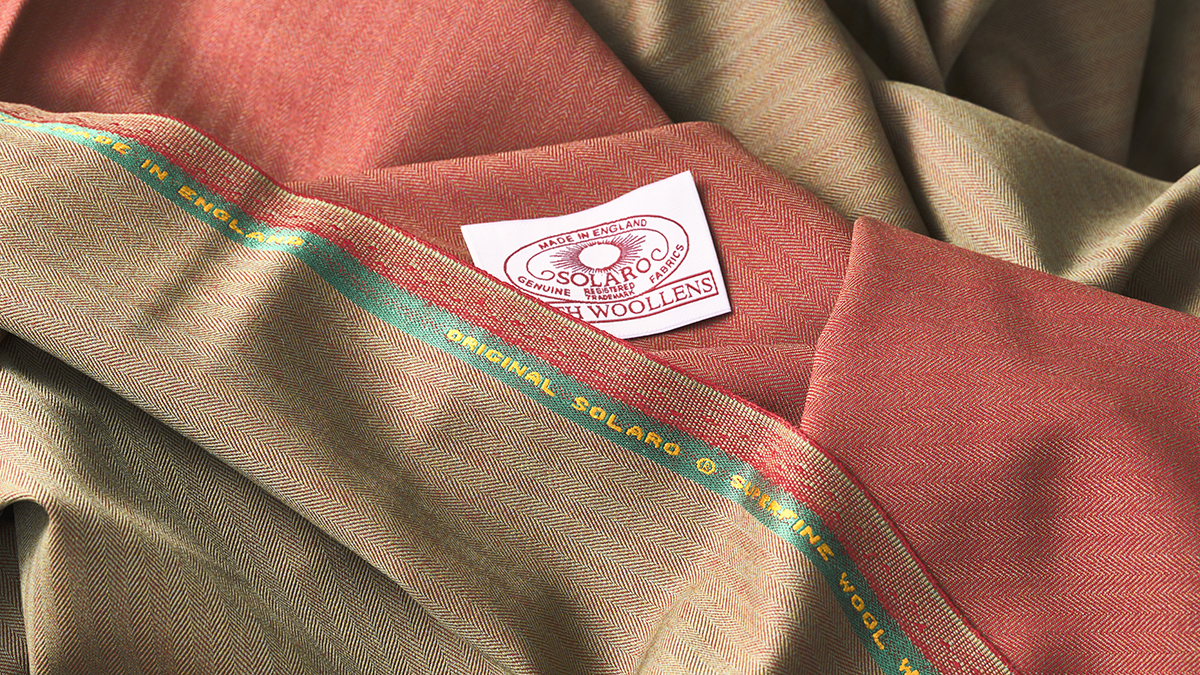 According to Dunsford, Solaro, which at 11 or 12 ounces may be considered a mid-weight fabric, eventually became a summer specialty thanks to its unusual coloration.

“It lends itself so well to hot sunny days in Italy,” he says. “Café culture and style gave Solaro sprezzatura, which for a British-made fabric is rare.”

Indeed, it seems that the La Dolce Vita set was most taken with this very English cloth, and it famously showed up in the form of single-breasted suits worn by Fiat tycoon and 20th century style icon Gianni Agnelli. 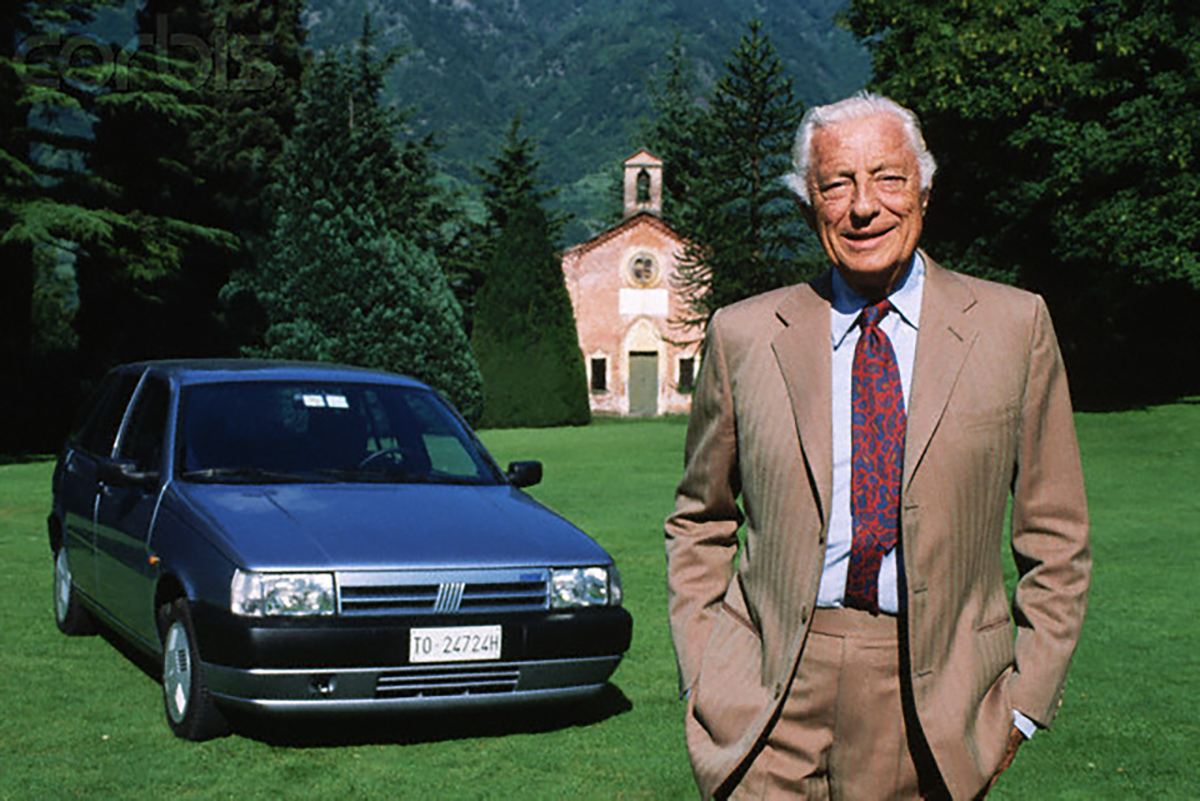 “Before the days of social media, the popularity of Solaro was confined to the established tailoring houses in Italy,” Dunsford continues. “It was worn by notable captains of industry and various socialites within Italian society, which helped to establish it as an aspirational choice for any wardrobe.”

Eventually, that great democratising tool of our age — Instagram — brought it to the attention of the masses, and today the fabric has found a fresh new relevance. If you’re thinking of taking the dive and wish to stay traditional, Dunsford recommends their SW2578 Solaro fabric, which he describes as a classic, wider herringbone. In earlier times, Dunsford believes the preferred make would have been a single-breasted suit with a three-two roll, but today he’s an advocate for Solaro suits with peak lapels in either the single-breasted or double-breasted configuration.

Solaro has picked up enough steam of late that Smith Woollens has seen fit to reimagine it in new colours starting with SW2574, which puts blue on the front-facing side and aqua on the reverse. Other Solaro variants to be released this year, in observance of Smith Woollens’s centenary, include a sand wide herringbone and a racing green diamond weave.

Like any tradition worth upholding, Solaro has found a way to stay the same while becoming something new. And so, to that most Italian of British fabrics, we say salut! 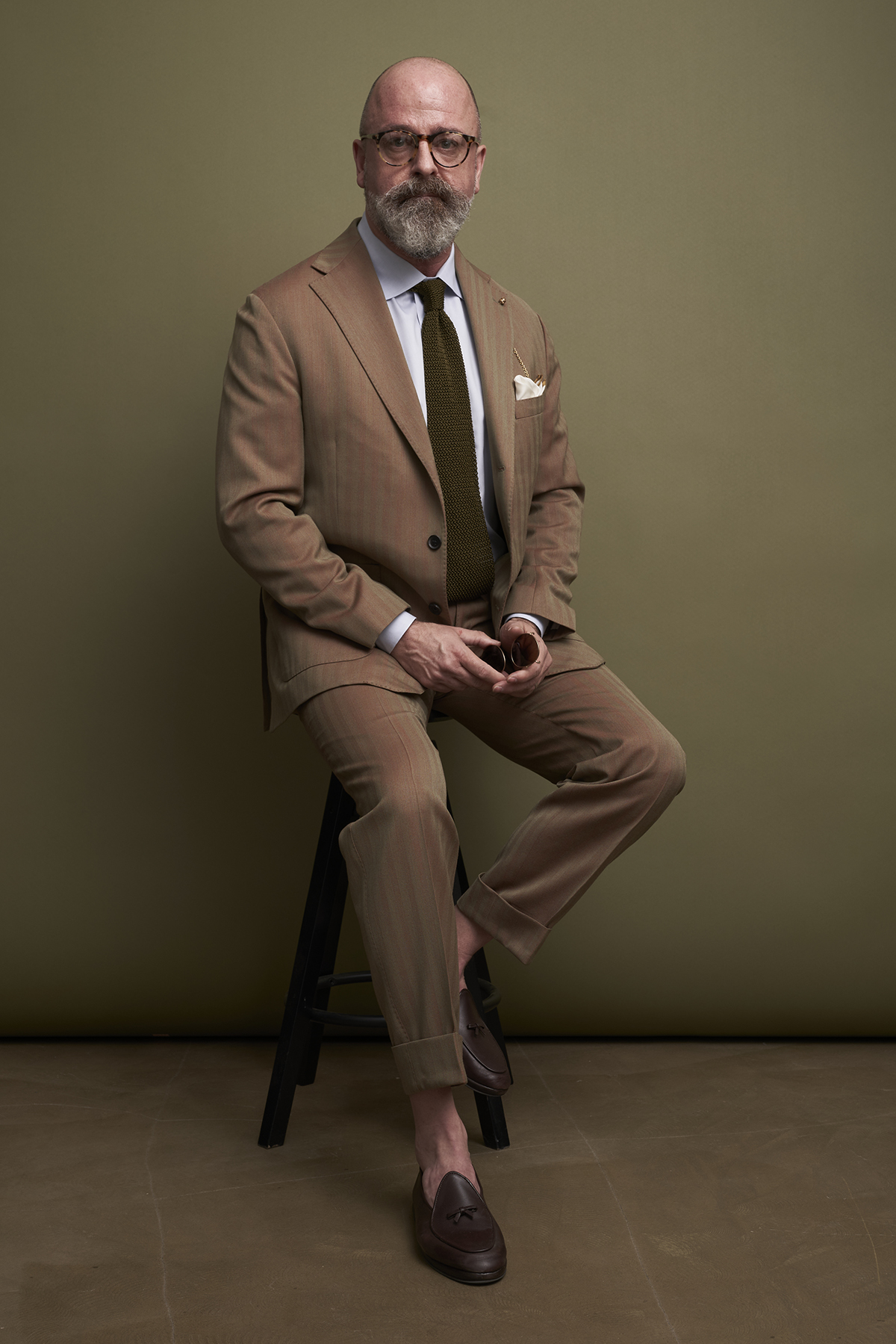