Few fabrics come with such built-in mythology as seersucker. First there’s the fascinating, and oft-repeated, story of its etymology: “seersucker” is derived from the Hindi words shîr and shakar, meaning “milk and sugar,” in reference to its variating, smooth-then-bumpy texture. 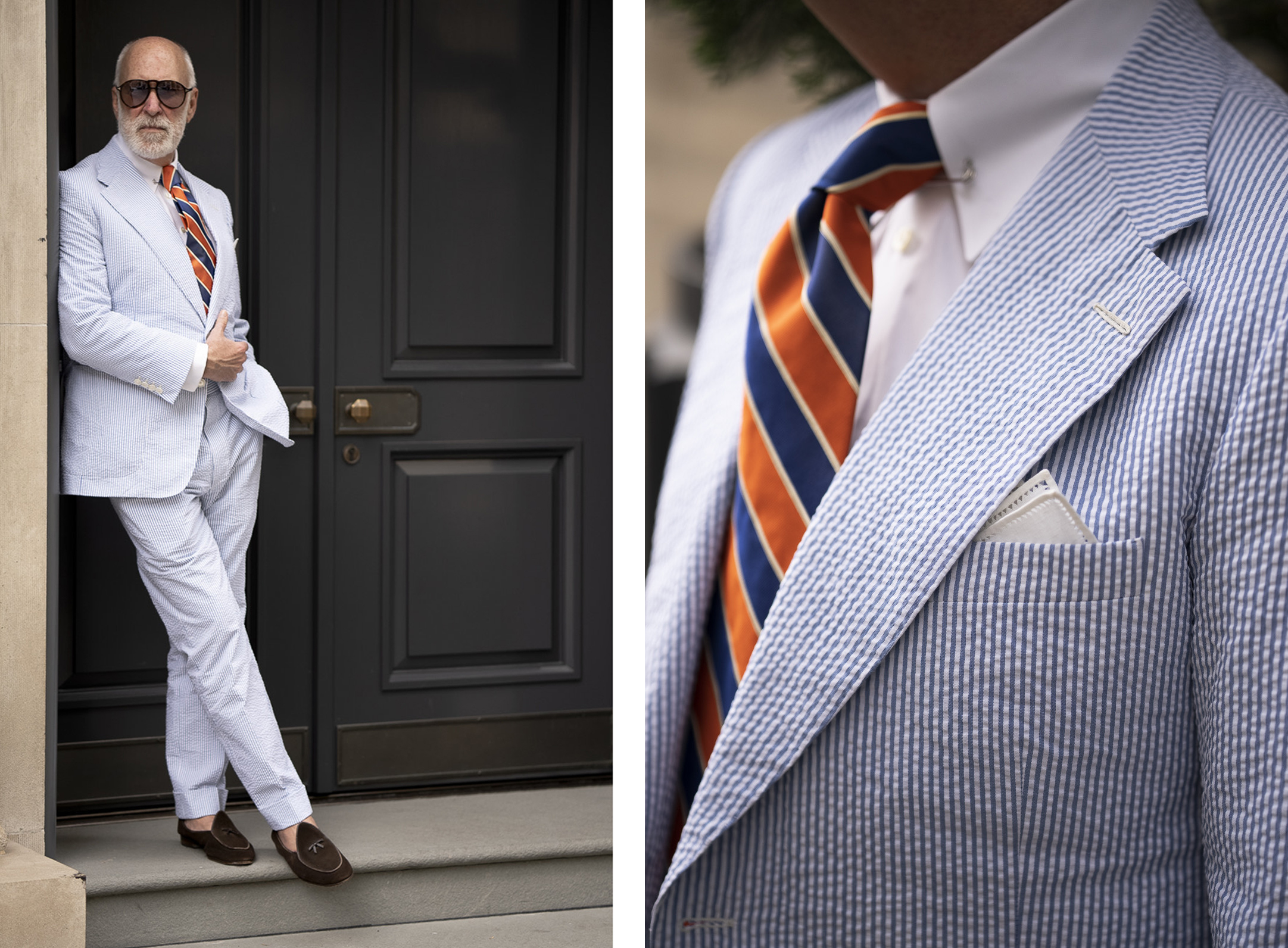 Like many fabrics in the modern menswear canon, seersucker traces its origins to India, and more specifically, the British Raj, which is how it first came to Western attention. After its importation to the United States it became favoured in the American South due to its ability to disperse heat and was even used to make the M.C. Hammer-like zouave pants worn by the Louisiana Tigers in the Civil War.

And though seersucker today carries a certain patrician air that recalls mint juleps and cucumber sandwiches, it was once considered a “working man’s fabric” thanks to its puckered, and thus continuously rumpled, appearance that rendered the expense of pressing unnecessary. But as recounted by G. Bruce Boyer in True Style, it was adopted by Northern college students in the 1920s as a symbol of reverse snobbery: you might say that seersucker suits were the original ripped jeans. By the 1930s they were being sold by Brooks Brothers, and seersucker’s place in the Ivy style canon was secured.

What’s funny is that Italy’s Solbiati never appears in this India-to-Mississippi-to-Madison Avenue-saga but may be the foremost maker of seersucker in the world today. The Italian mill, which was first founded in 1874 and is now owned by Loro Piana, still makes seersucker the old-fashioned way. Unlike other modern makers who rely on a finishing process utilising aggressive chemicals to produce the fabric’s alternating raised-and-flat texture, Solbiati weaves it. This is accomplished by using two beams to make the warp, which results in double yard tension after the weft is woven, ensuring a natural and permanent tridimensional effect. 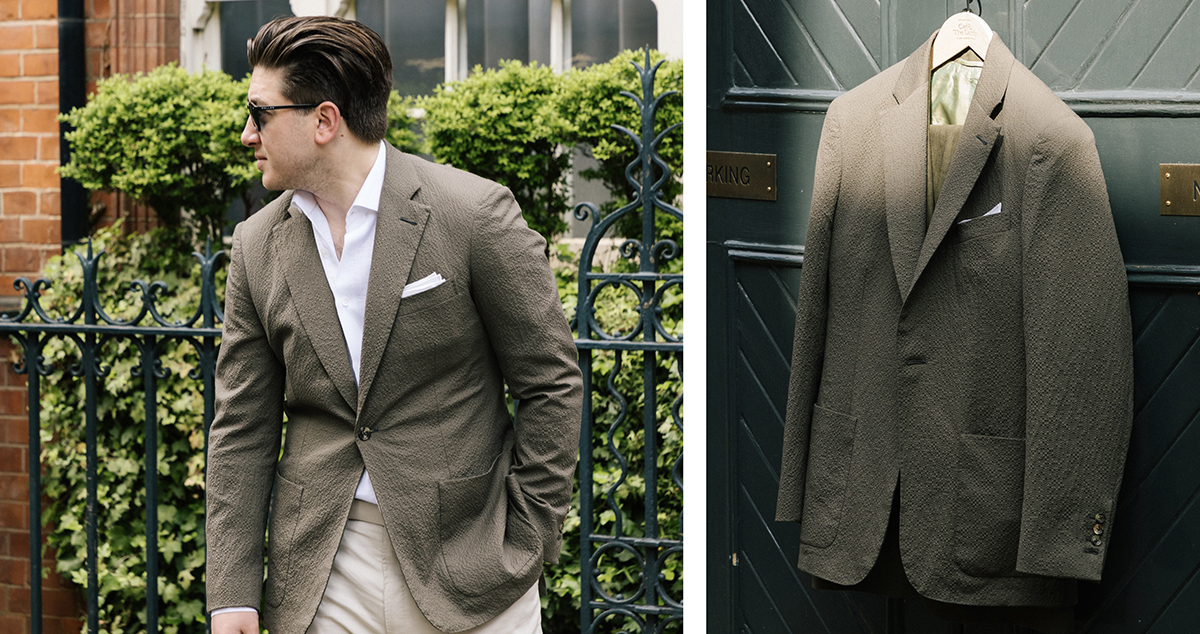 Today the mill offers seersucker in 30 patterns, ranging from the classic blue-and-white-stripe (S10012 from its 100% cotton S10 Zeffiro bunch) to loud windowpanes and more contemporary solids.

“Seersucker makes you think of summer straight away, especially in the classic striped designs,” says Davico. “Nowadays we also realise it in darker shades like navy or brown, and thanks to its tridimensional and modern look it has also become a classic suit for young, smart attire.”

In addition to suiting, Davico also prescribes wearing a seersucker jacket over a linen shirt and a pair of chinos for a polished holiday look (for what it’s worth, we can easily imagine a straw Panama hat in the picture, too). 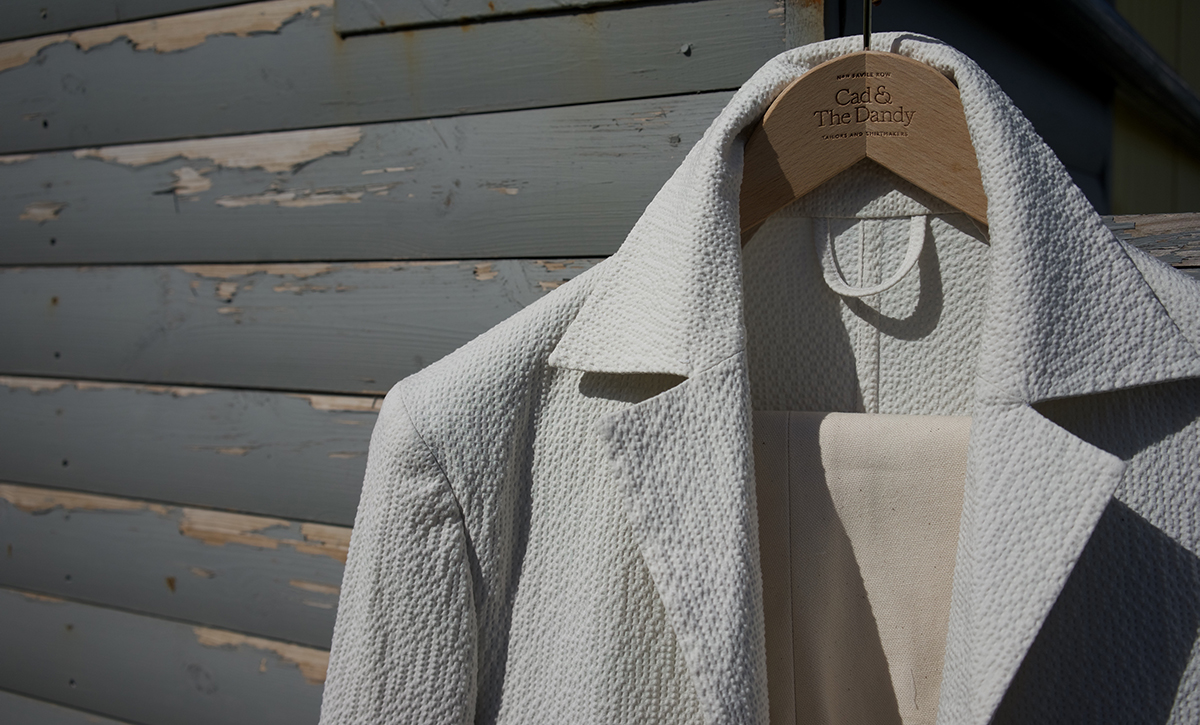 Whatever form your seersucker commission takes, don’t lose sight of its relaxed nature. Whether you intend to wear it to a wedding or a racetrack, seersucker is one fabric that looks best when its wearer is laid-back.

Cad & The Dandy proudly carries S10012, the classic blue-and-white-stripe seersucker from Solbiati. For more information, email savilerow@cadandthedandy.com, call +44 (0)20 7434 4344 or book a consultation via the website.