Linen to be Lived In: The Joys of Irish Linen

As summer temperatures reach their peak, it’s inevitable that anyone with a penchant for tailoring might turn to linen for relief. The plant-based textile can be a life saver in the warmer months, as its natural properties make it lightweight, breathable and moisture-wicking, a natural performance fabric. 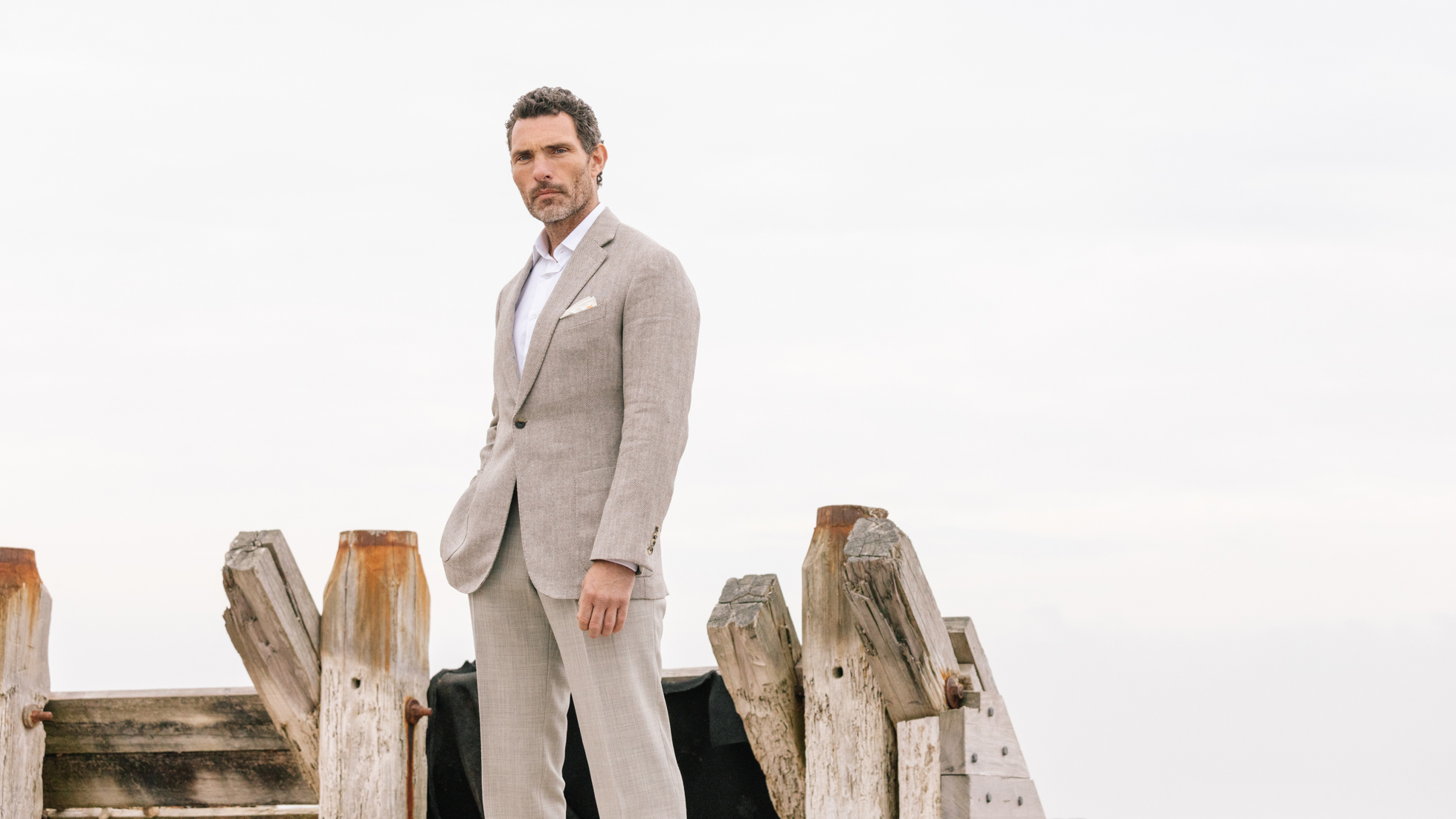 But you may have noticed that not all linen receives equal billing: Irish linen is held in high esteem, particularly for tailoring. To solve the question of why linen spun on the Emerald Isle should prove so enticing, we’ve picked the brain of Brad Herzlich, who serves as a Business Development Strategist for the renowned global fabric merchant Huddersfield Fine Worsteds.

“Irish linen is favoured as the premier linen for both shirting and tailored clothing,” Herzlich says. “Linen for tailored clothing is usually heavier, drier, and more structured than shirting linen, which is woven to be soft against the skin.”

As Herzlich explains, it’s no accident that Irish linen embodies these qualities.

“These attributes are considered at every step of the process: the selection of raw flax, the spinning of the yarn, the weaving of the cloth, and the finishing process,” he continues. “Traditionally, Irish linen is woven into full-bodied cloth from robust yarn, making it usually a bit heavier and with a firmer handle. The resulting density is loved by tailors, as it helps create garments that hold their shape and provide excellent drape.”

Ireland’s textile mills didn’t learn these lesson overnight. The island has a long history with cultivating, spinning, and weaving the flax-based fabric, dating back to the 11th century. But as Herzlich states, it wasn’t until the 1600s that the Irish linen industry really came into its own, thanks to the technological advances provided by French immigrants who brought industrial know-how and more advanced machinery with them.

By the 19th century Ireland had become the largest producer of linen in the world, with the majority of its mills located in Northern Ireland. But like many traditional industries, the Irish linen business was gutted by the emergence of the global marketplace and competition with cheaper labour.

Comparatively few commercial linen weavers remain in Ireland today, but those that do carry on the best of the industry’s traditions, often relying on heritage looms to produce their fabric. Irish flax cultivation has also grown scarce, with raw materials often imported from France, but spun and woven in the traditional Irish style. 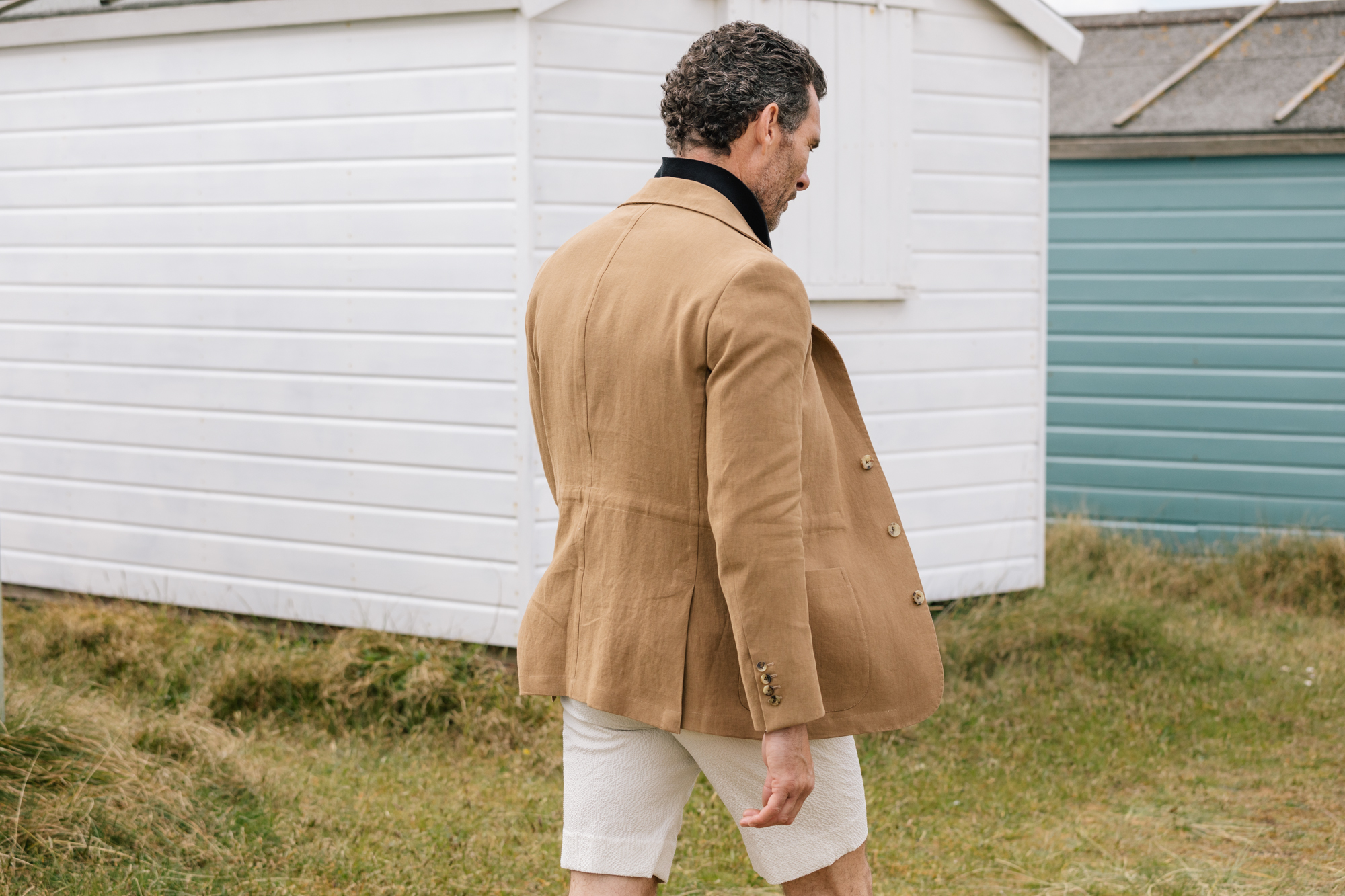 Speaking of style, Herzlich also has thoughts on how the fabric may be best worn.

“Irish linen’s breathability and creasing make it best styled for nonchalant and casual seasonal wear. While the cloth may invoke imagery of suits worn in Havana or the Riviera, it is as appropriate in more relaxed safari jackets and overshirts.”

To be clear, Herzlich doesn’t rule out the suit, but feels that linen is best utilised in tailoring with a softer and more contemporary bent.

“Garments benefitting from the cloth’s full-bodied structure are less dependent on internal canvassing or padding, making it an ideal candidate for super soft, unstructured tailoring. For best results, give patch pockets a try, and don’t forget to leave the jacket unlined to make the most of Irish linen’s exceptional breathability.”

Words to live by, particularly when the mercury rises.

Our full ready to wear collection, including linen shirts, trousers, jackets and suits can all be found on our website.