The Glorious Twelfth – Time for Tweed 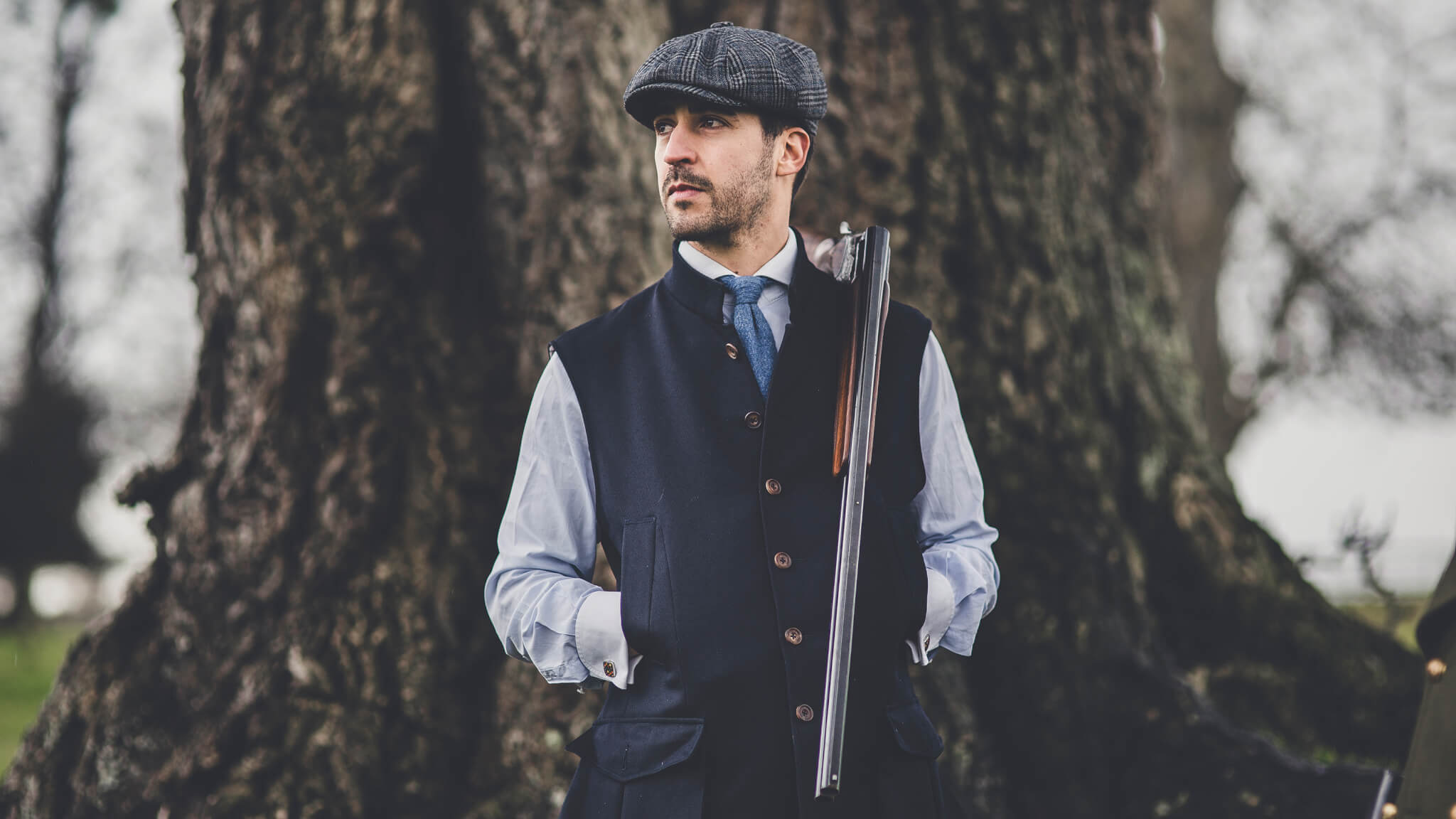 ‘The Glorious Twelfth’ marks the start of Great Britain and Northern Ireland’s 121-day grouse shooting season. As popular today as ever, this annual event brings country pursuits and clothing to the fore, but mainly rouses our need for tweed. Read on for a little bit of the event history and a lot of the bespoke inspiration…….. 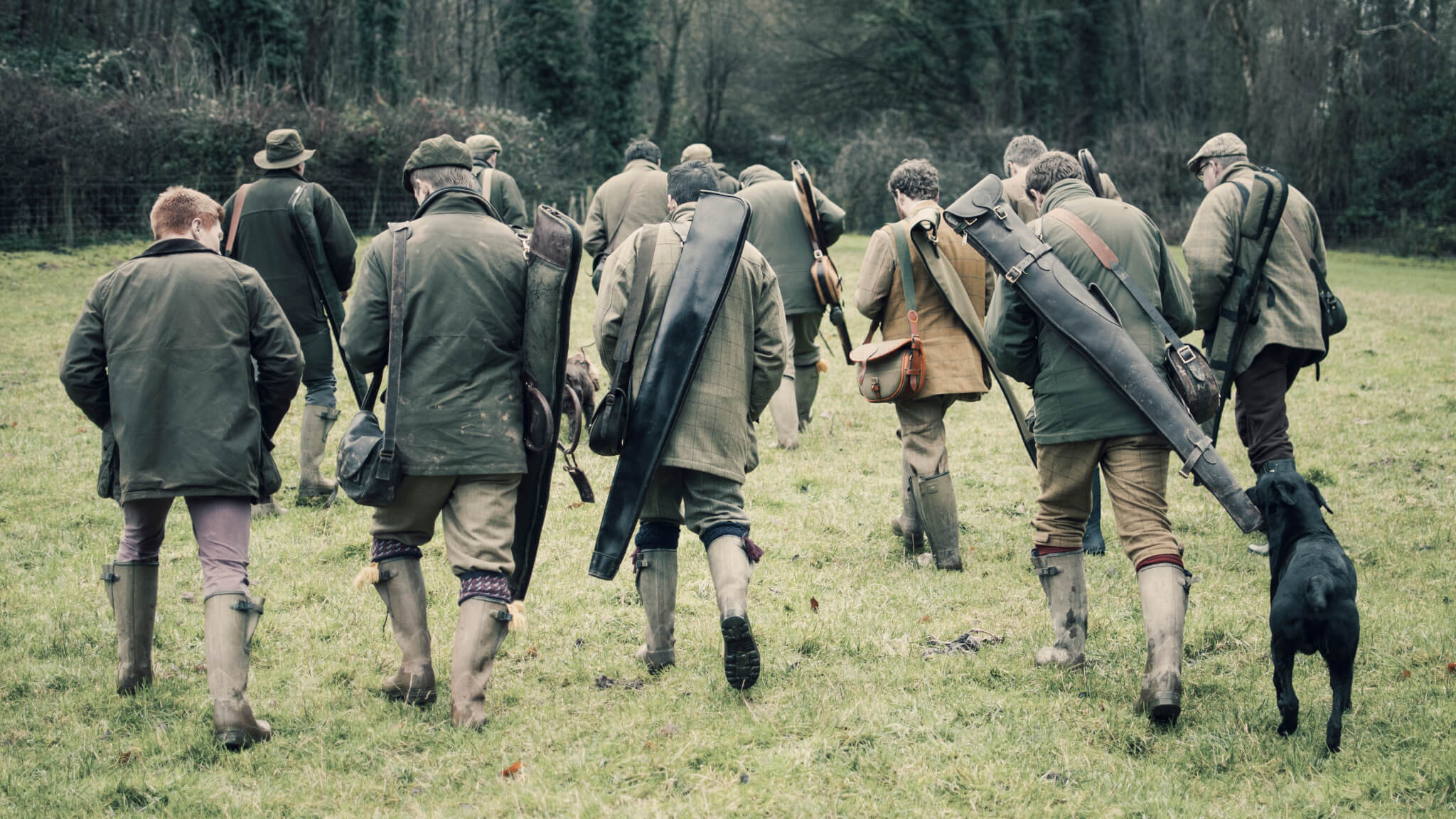 The Game Act of 1773 was the first law to put restrictions on when you could and couldn’t shoot game, for the preservation of “the moor or hill game”. In this act, hunting was forbidden between December 10th and August 12th and so the 12th August became the first day of the season. An additional Game Act was introduced in 1831, further clarifying the laws of game hunting and introducing the concept of licenses, which still exists today.

Grouse shooting popularity surged during the 1850s thanks to new and widespread railway networks springing up across the country, allowing more people than ever to reach the moors. Before then shooting had largely been the exclusive pastime of landowners – farmers and the landed gentry.

World War II brought the introduction of rationing and, as a result, game shooting quickly became a necessary countryside pursuit. Landowners would invite employees, in large shooting parties, to keep their lands free of vermin whilst allowing them to keep the meat from their spoils to supplement their diets.

To this day shooting remains a popular pastime and an integral part of the countryside calendar, generating roughly £150 million for the economy every year and supporting approximately 2,500 full time jobs. People (increasingly wealthy international tycoons and City-types) can pay thousands of pounds to join a shoot. 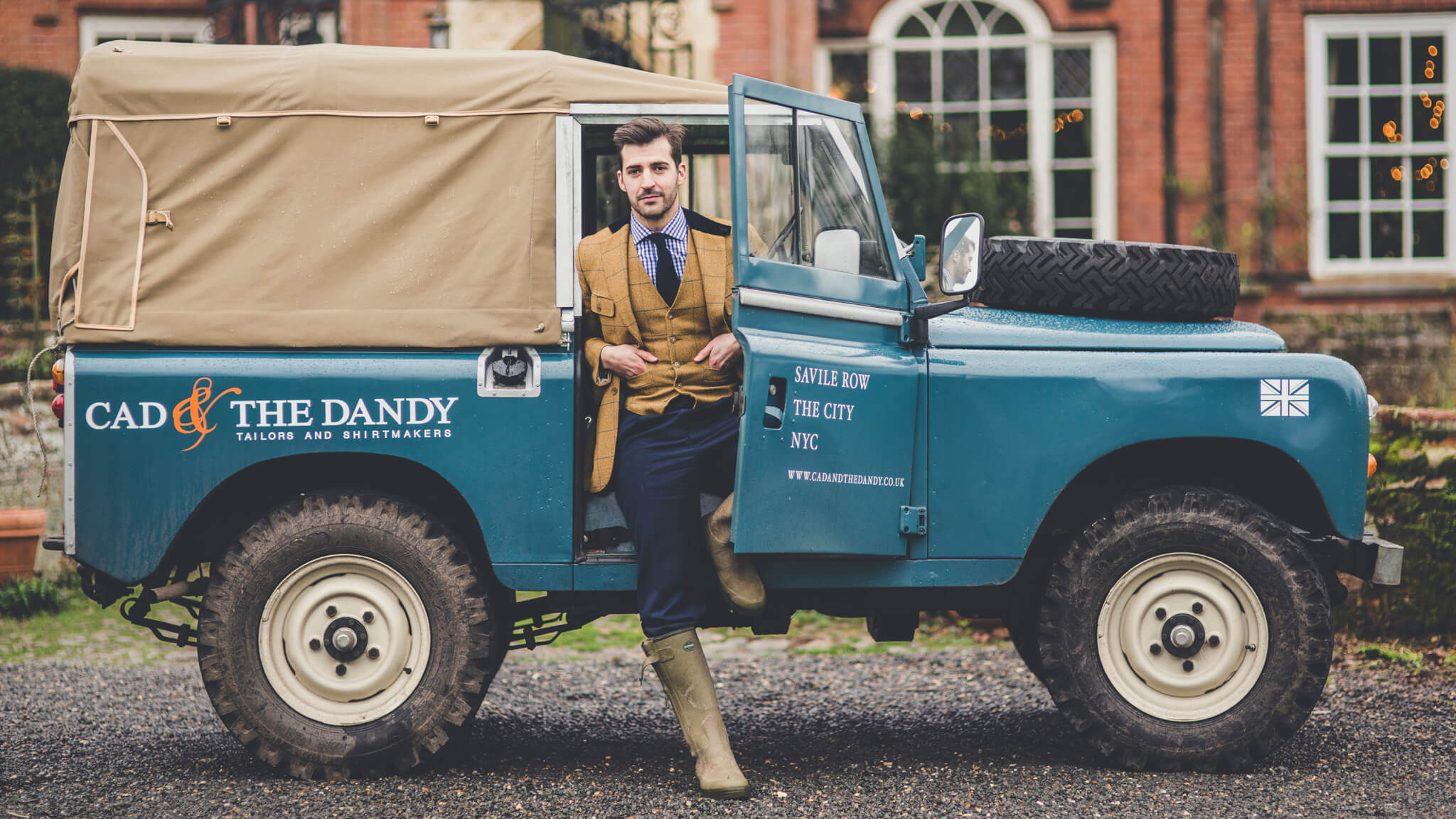 Traditional shooting wear is made up from heavy weight tweeds, hardy enough to withstand even the harshest of elements. However, tweed has enjoyed a resurgence in popularity in recent years with many modern designs and lighter weight cloths to choose from.

Harris Tweed is the traditional choice for Savile Row tailors when constructing sturdy country wear for the most challenging weather and environments however LBD Harrison’s Glorious Twelfth bunch is a popular contemporary choice. Theirs is a collection designed for shooting in warmer climates, making it versatile enough for sports, casual and city wear.

With autumn just around the corner, there’s no better time to place your tweed suit order. Considered by many to be an essential part of the modern, stylish gentleman’s wardrobe, tweed suits are also a solid investment, especially a 3 piece. Each garment can be worn individually – dressed up or down for both smart and casual occasions. 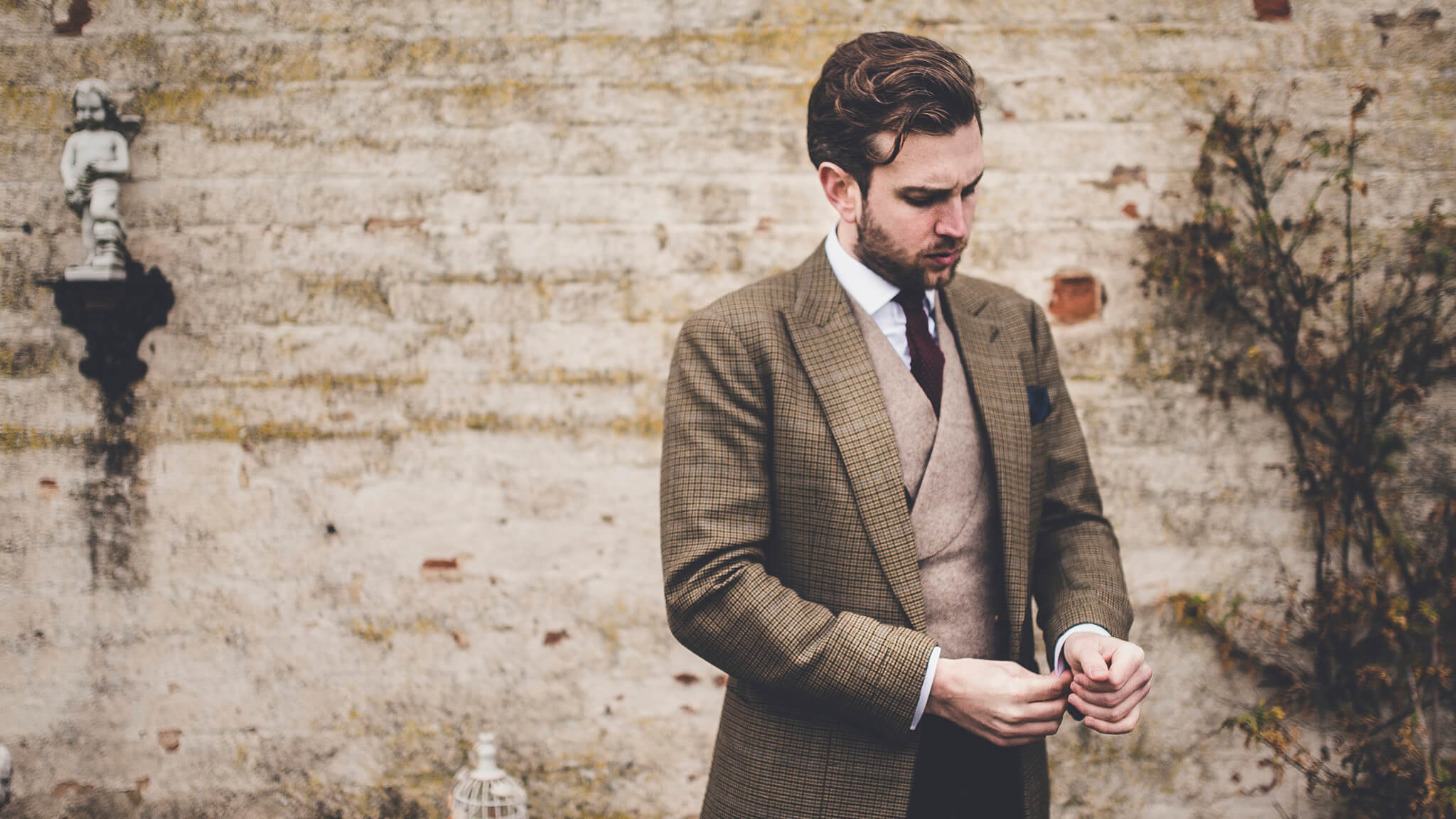 Choose from a wide palette of hues and shades to suit every taste and style, including some of the more vibrant cloths for those wanting to stand out from the crowd. Brown, dark blue, and black tweeds are a popular choice for casual days in the office, but whether for country pursuits, relaxing at the weekend, travel or business, there is a weight and design to fit every requirement.

There’s no denying that these are cloths with bold character, but you can add a touch of individuality with contrasting coloured stitching on buttonholes, pocket flaps and elbow patches, or simply by selecting an opulent lining of beautiful paisley, statement stripe or polka dot.

At Cad & The Dandy our bespoke tweed suits are impeccably hand finished, with subtle hand sewn edges to ensure the jacket holds a better shape. Working cuffs are standard, and the hand-finished buttonholes give a raised, more elegant look. Depending on your stature, you can choose from 1, 2 or 3 button jackets with a fitted, semi fitted, or loose cut, all of which allows you to create your own individual look and choose a style to best accentuate your natural assets.

Whether you want to create a traditional look, a contemporary, killer tweed or simply be a modern day dandy, our tailors are on hand to guide you through the many different choices available.